How new energy vehicles find their market in rural China

Chen Shunping has been driving his plug-in hybrid for three years. He rarely uses the hybrid mode because the EV mode, which only uses the battery, is much easier on his wallet.

“The car’s battery can cover the short distances I commute on weekdays,” said Chen, who lives in a village 15 kilometers from downtown Handan, a city in north China’s Hebei Province.

To reduce urban air pollution and CO2 emissions, China has been promoting New Energy Vehicles (NEVs) for more than a decade, with implementation starting first with buses and taxis and then with private cars.

In 2021, over 3.5 million NEVs were sold in China, according to the China Association of Automobile Manufacturers (CAAM), a non-profit organization based in Beijing. Year-on-year sales increased 1.6 times, ranking first in the world for seven consecutive years.

With government support for EV adoption in rural areas in recent years, this market has become a major driving force for NEVs in China.

A campaign to open up China’s rural market to NEVs was first rolled out in five pilot cities in 2020 and then eight more over the past year. Around 20 car manufacturers with over 50 models of electric vehicles joined the initiative every year. 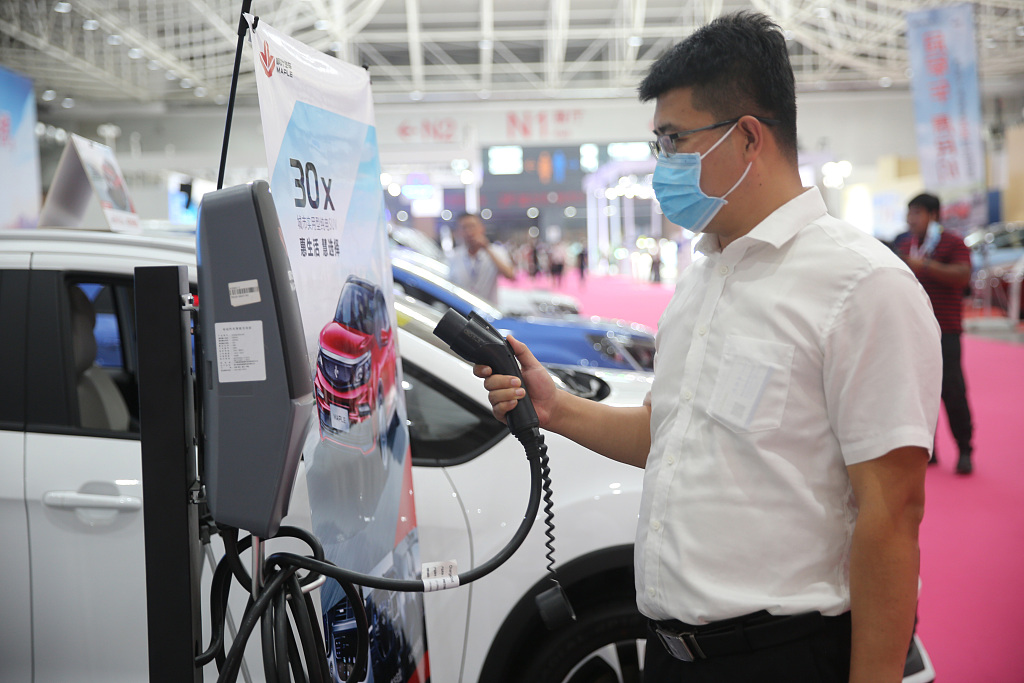 An NEV charger during a launching ceremony of a campaign to promote NEVs at the rural market of Qingdao, east China’s Shandong Province, July 24, 2020. /CFP

An NEV charger during a launching ceremony of a campaign to promote NEVs at the rural market of Qingdao, east China’s Shandong Province, July 24, 2020. /CFP

Total sales of the models selected for the advertising campaign surpassed one million in 2021, up nearly 170 percent year-on-year, data from CAAM shows.

“The sales growth rate of these models is higher than that of the entire NEV market, indicating that rural residents are active buyers of NEVs promoted in the campaign,” said Xu Haidong, deputy chief engineer at CAAM.

As local governments would offer special subsidies, car companies could further lower the prices of these selected models.

The increase in consumption of NEVs in rural China has been linked to the increasing purchasing power of rural residents.

The per capita disposable income of China’s rural residents rose nearly 10 percent year on year to 18,931 yuan (about $2,900) last year, about 40 percent of that of urban residents, according to the National Bureau of Statistics. The income of rural dwellers in China has grown faster than that of urban dwellers for 12 consecutive years.

In some economically developed areas, rural residents prefer to buy sedans, as they are often seen as a symbol of social status. 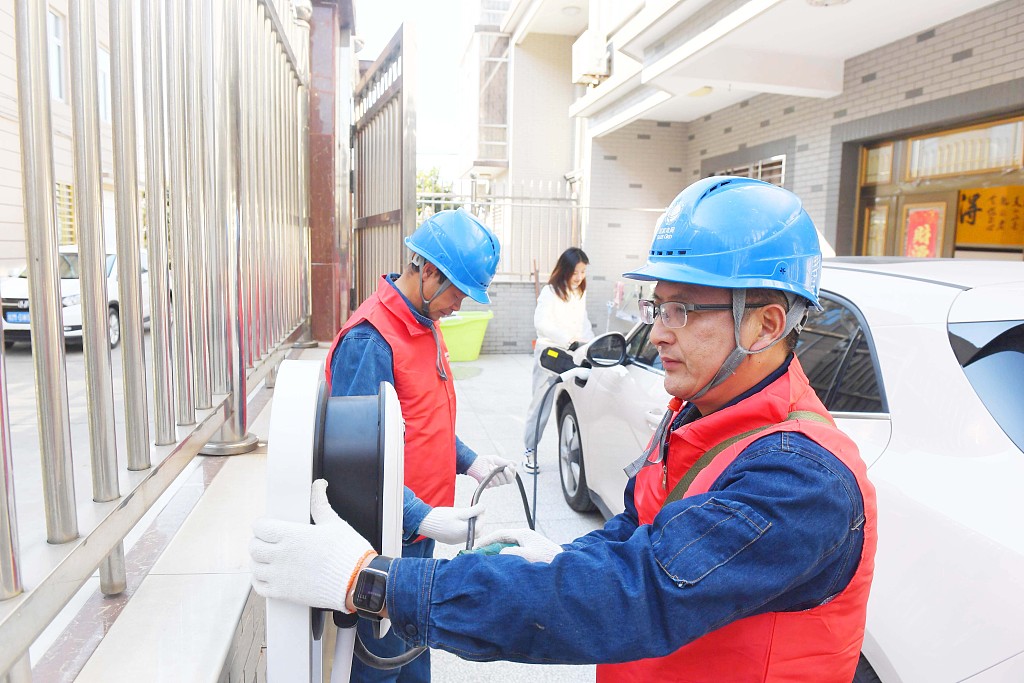 Historically, China’s rural market has been dominated by low-speed electric vehicles. Sales of these vehicles, which rarely go faster than 50 kilometers per hour, saw rapid growth from 2013 to 2018.

These vehicles offer practical benefits at a significantly lower price than a sedan and can be driven without a license. Since commutes are relatively short in small towns, range limitation is less of an issue.

However, accidents caused by drivers without a license increased rapidly. In the five years of high sales growth, there have been 830,000 traffic accidents involving slow-moving electric vehicles, killing 18,000 and injuring 186,000, according to the Traffic Administration Bureau.

In November 2018, the Chinese government suspended the approval of new models and investment projects for low-speed electric vehicles and accelerated the drafting of national standards on the technical conditions for electric vehicles.

Most rural customers are cost sensitive. Most of the NEVs selected for promotion in the rural market are sold at less than 150,000 yuan ($22,830).

Mini and small segment electric cars have been welcomed in the rural market. The Wuling Hongguang Mini EV has become one of the best-selling electric cars in China over the past year. The battery-powered micro car was sold at a price of 30,000 to 50,000 yuan.

In order to expand the market, Xu said manufacturers not only need to develop electric cars specifically for rural consumers, but also further improve the service system in rural areas.

“The charging infrastructure in rural areas must also be expanded,” he said.

According to the China Electric Vehicle Charging Infrastructure Promotion Alliance, the number of commercial and residential charging stations in China had reached 3.1 million by March 2022. On average, around three electric cars share a charging stack.

However, government subsidies are declining as the NEV market shifts from a policy-driven to a market-driven market. China will remove all subsidies for NEVs by the end of this year.

Manufacturers hiked retail prices in February due to chip and battery shortages and falling subsidies. Despite the recent price increase, the sales volume of NEVs in China increased in the first quarter of 2022.

“Subsidies for A-segment NEVs are relatively small, so the decline will have little impact on the rural market,” Xu said. A-segment vehicles belong to the smallest category of passenger cars popular with rural customers. 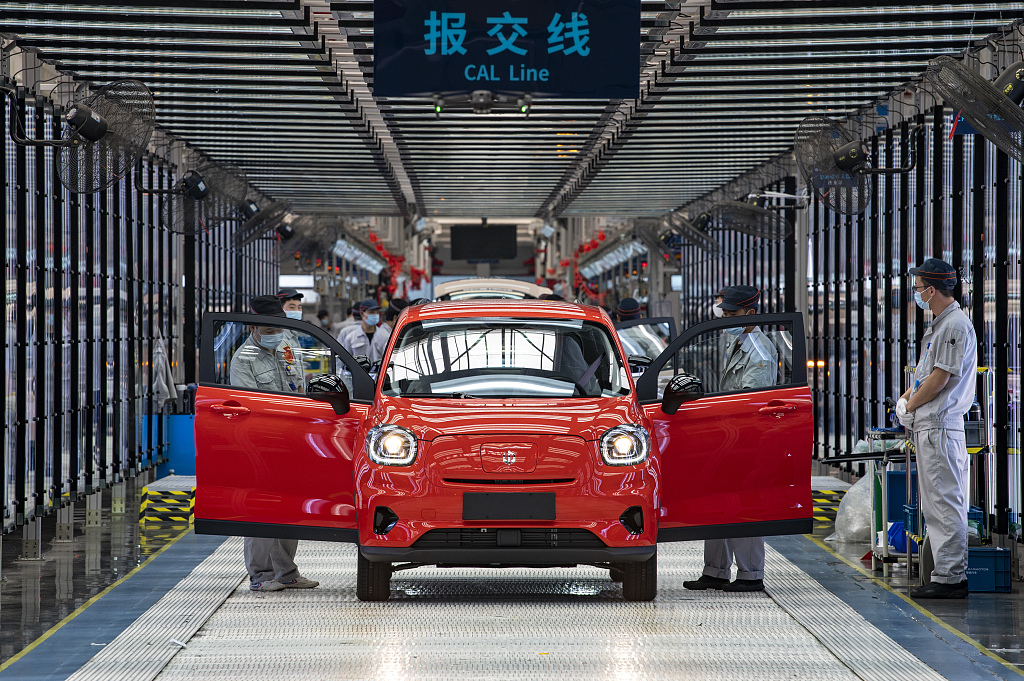 Lockdowns caused by the recent COVID-19 flare-ups in Shanghai and north China’s Jilin province also impacted the auto industry, both of which are major hubs for auto production.

In his social media posts, He Xiaopeng, CEO of electric vehicle maker XPeng, called for government support and action to avoid heavy losses from the production pause during the lockdown.

Similar calls followed and were quickly answered. Many Chinese cities have taken a series of measures to address disruptions in the automotive supply chain.

In Chengdu, a city in southwest China’s Sichuan Province, automakers are encouraged to use domestic chips to improve supply chain stability and competitiveness, according to Deng Xiaoliang, secretary-general of the Chengdu Automobile Industrial Ecosystem Alliance.

In east China’s Ningbo, the local government formed an alliance to share manpower, logistics and funds among auto players to secure their auto and auto parts industries.

However, the biggest challenge is the income of rural residents, which is directly related to the state of China’s economy.

Xu said, “As the employment and income of rural residents increase, the rural electric vehicle market will continue to grow.”